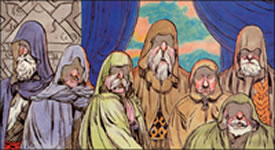 According to an ancient legend, a group of wise men were disturbed when they saw how humankind abused its wisdom. They decided to hide the secret of success and happiness where no one would never again find it. But, where? The chief of the wise men called a council to decide.

One wise man said, "We will bury the secret of success and happiness in the dark depths of the Earth."

The chief of wise men thought about it for a while then responded, "No, that won’t work.
Humans can dig deep down into the Earth and find it."

A second wise man proposed, "We will sink the secret of success and happiness into the deepest ocean." 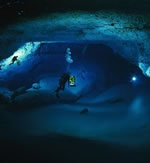 The chief of wise men thought about it for sometime and then responded,
"No, that won’t work either. People will surely dive into the depths and find it." 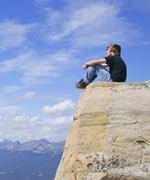 Another wise man suggested, " We will hide it on top of the highest mountain."

Again the chief of the wise men rejected the idea after considering it for a while and said,
"Humans will eventually climb even the highest mountain and find it."

And, he continued, "Here is what we will do. We will hide the secret of success and happiness deep inside every individual and they will never think to look for it there."

Even to this day, people continue running back and forth across the Earth digging, diving, and climbing in search of something that they already possess within themselves.

Each one of us already possesses all of the resources one needs to be tremendously successful.

You simply need to develop them by becoming more of who you really are. 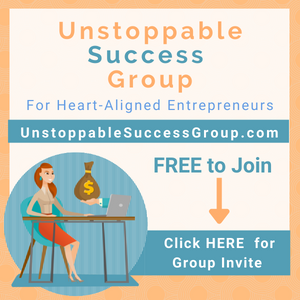