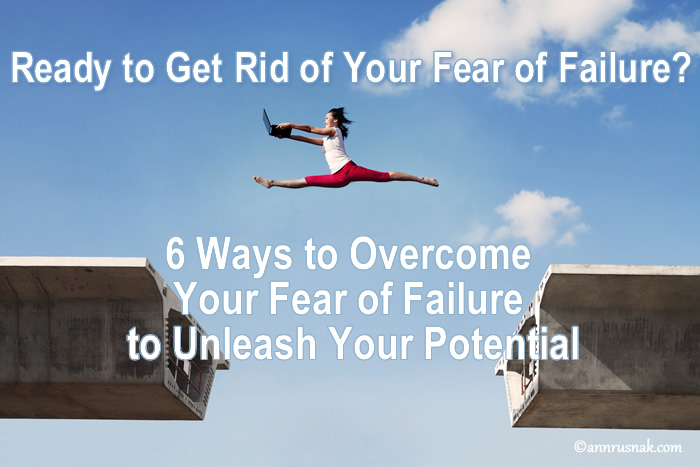 Ready to Get Rid of Your Fear of Failure?

Fear of failure can make you feel like you’re stuck in quicksand… Slowly dragging you and your dreams down.

You probably heard the saying: "if you don’t like your current situation, change it." Want some honesty? This kind of rhetoric leaves you feeling more frustrated. First it doesn’t deal with the reason why change itself often fails… it puts you in an uncomfortable place. Second when you feel uncomfortable, you resist making meaningful changes to your life.

The end result… You procrastinate and come up with 100 reasons why you can’t move forward, thus letting fear of failure control your life… keeping you stuck.

Unfortunately, fear can prevent you from every really knowing your true capabilities… your potential.

If your feel of failure has you in its grip, understanding these concepts can set you free:

Minimizing your fear of failure is critical to maximizing your success. At some point, it’s important to forge ahead in spite of fear. There’s nothing wrong with taking action, even if you’re a little uncomfortable. Dealing with discomfort is a part of success. It’s how you expand your comfort zone to accommodate greater things.

Use these tips to help you conquer your fear of failure. Your life will be enriched in many positive ways.

Let me know how you use this suggestions to overcome the fear of failure and/or share some tips that worked for you.