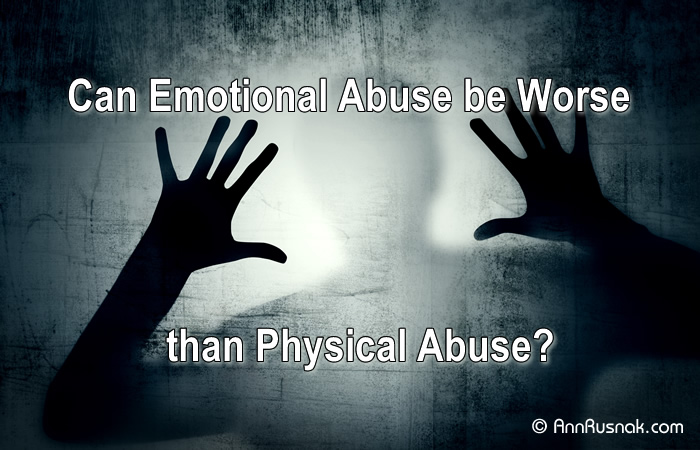 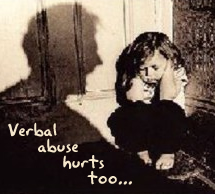 Yes and No. Physical abuse and Emotional abuse are interlinked. Non physical and physical abuse can lead to psychological trauma that can have a lasting effect on an individual.

However this being that physical abuse can leave an actually physical mark or material proof that it has happened. Support for physical abuse is more readily available and can be readily identified. Whereas emotional abuse has the same psychological trauma as any form of abuse but is harder to identify and treat.

There is a misconception of what to readily identify in others who have suffered some form of abuse other than physical, but the results can last a lifetime. Emotional abuse is defined as behaviors that deal with a person’s mental health and social development.

These behaviors can be verbal abuse, belittling, tearing down self esteem, withholding affection, being highly critical, and purposely damaging and distorting a person’s sense of self. There effects whether done in childhood or adulthood have a lasting effect in a person like.

The effects that result from physiological/emotional abuse is feelings of worthlessness, no sense of safety in their surroundings, distorted sense of trust, depression, suicide, anxiety, dissociation, post traumatic stress disorder, and anger.

Abuse is any behavior that is designed to control and subjugate another human being through the use of fear, humiliation, intimidation, guilt, coercion, manipulation etc.

Emotional abuse is any kind of abuse that is emotional rather than physical in nature. It can include anything from verbal abuse and constant criticism to more subtle tactics, such as repeated disapproval or even the refusal to ever be pleased.

Emotional abuse is like brain washing in that it systematically wears away at the victim’s self-confidence, sense of self-worth<, trust in their own perceptions, and self-concept. Whether it is done by constant berating and belittling, by intimidation, or under the guise of "guidance," "teaching", or "advice," the results are similar. Eventually, the recipient of the abuse loses all sense of self and remnants of personal value.

Beverly Engel, MFCC writes in her book The Emotionally Abused Woman… "Emotional abuse cuts to the very core of a person, creating scars that may be far deeper and more lasting that physical ones. In fact there is research to this effect. With emotional abuse, the insults, insinuations, criticism and accusations slowly eat away at the victim’s self-esteem until she is incapable of judging the situation realistically. She has become so beaten down emotionally that she blames herself for the abuse. Her self-esteem is so low that she clings to the abuser.

Emotional abuse victims can become so convinced that they are worthless that they believe that no one else could want them. They stay in abusive situations because they believe they have nowhere else to go. Their ultimate fear is being all alone."

However there are connections of there being a stronger impact when emotional abuse when coupled with another form of abuse in which the effects of the abuse are greater. However there is not enough research to readily identify these factors UNLESS coupled with other forms of abuse.

Society’s acknowledgement of emotional abuse is limited because of

1) societal expectations of how emotional abuse should be. – need to be a criminal deviant before it’s acknowledge

Emotional abuse is almost always present when other forms are identified but emotional abuse can occur with little or no other abuse.

Verbal Abuse Can Be Worse Than Physical

CNN interviews Dr. Phil in response to a teenager who killed herself after sever mental abuse from classmate.

"…What we know psychologically is that psychological injuries, verbal abuse, mental, emotional abuse can have a much more devastating effect on someone than physical abuse. Physical injures heal and you can move on…"

Remember any type of abuse is wrong and shouldn’t be tolerated.